Updates with pics from the parade below

Since the signing of the Anti-Homosexuality Bill, Pastor Martin Ssempa, in the name of Christianity, has been mustering up the forces for a huge rally to further endorse and celebrate the Christian Ugandan Anti-Homosexuality era, even usurping the notion of Pride with, “Uganda Pride”, in the context of an anti-homosexuality rally. This heralds a significant cry to attack gays.

Although there will also be a debate to include the more reasonable voice of Andrew Mwenda, the rally as well as the debate, uses clear anti-gay rhetoric and the verbiage in its advertising and both events promise to be terrifying for gays.

Soon after the Bill was signed, Ssempa held a party in Uganda cheering the new law and exalting the lawmakers and President Museveni who ensured its full enactment. At the same time, Red Pepper ran a two week long series in their tabloid, systematically outing hundreds of LGBTI people, or those perceived as such.

Ssempa knows that this caused many LGBTI people to go underground or into exile, to escape the brutal impact of the new law that provides 14 years to life in prison for same-sex relations, as well as criminalizes so called “promotion” of homosexuality, which has immobilized the NGO’s and human rights defenders, including HIV/AIDS services to LGBTI people.

Yet, this is not enough for the seemingly Satanic Ssempa. How much hate can a person display in the given context? Well Ssempa is willing to test those bounds with the Rally he organized for today, which in essence serves only to up the ante on the war against Ugandans gays and the entire LGBTI community.

The outcome of today’s rally will only worsen the current persecution already suffered by this minority in Uganda, so clearly scapegoated to avoid scrutiny by locals and the international community of Uganda’s real ills. 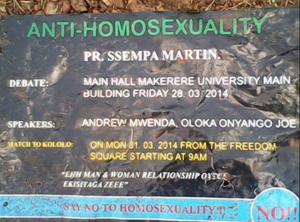 After all, if one were to reflect on the real ills I imagine Ssempa would then be marching against the insidiously immoral behavior of its male citizens who are happy to pay their desperate shillings to the thousand of prostitutes forced onto the streets to feed their children, rather than paying those very shillings to feed their own children. The latter just one example of the real immoral milieu – and the irony is that perhaps this would not be occurring at this epidemic level, but for the corruption of the very Parliament that passed the anti-gay laws and the 28 year dictatorship that has ensured the rampant poverty.

Now Ssempa is ensuring the persecution of LGBTI Ugandans further and he well knows the result. He is yelling for lynching and beating and exacerbating the firings by employers, the chasing out of homes by families, the evictions by landlords, the denial of HIV/AIDS services and the assaults by friends and neighbors.

The  phrases on the signage read “Say No To Homosexuality”

Here is a comment from a local Ugandan LGBTI person who is currently in hiding:

Martin Ssempa’s war on lgbt’s in Uganda. he is calling all university students from Makerere to join him. It is such crusades that make us feel totally out of place and we are scared. Pastor Martin Sempa owns One Love, a church in Makerere University and is married to an American wife Tracy. He is one of the people who have gone public to show their hatred for lgbt’s.expose him please!

That’s the flier announcing Pastor martin Ssempa’s war on lgbt’s in uganda. (above)

Last I heard Ssempa had a green card or some have suggested,  U.S. citizenship, married to an American, Tracy Ssempa. While LGBT people in Uganda have an almost impossible time obtaining visas to places like the United States, we accommodate Ssempa who has thumbed his nose at our emerging equality and the financial aid we provide to Uganda, while continuing his campaign of flagrant persecution. Perhaps its time to place the shoe on the other foot. I for one will be calling on the State Department to revoke Ssempa’s green card and if they do not and he sets foot here in the USA – guess who will be first to ensure his arrest under ICC rules or whatever law we find applicable.

3/30: It had been reported that Martin Ssempa had invited President Museveni to his hate march. It appears now that he will be attending as multiple human rights defenders have tweeted the march will be telecast on Ugandan government television since Museveni will be attending:

3/31: Commentary from a Ugandan human rights defender watching the proceedings –

“What is happening in Uganda at the Kololo grounds feels like a religious reign of terror!
Its very scary- What we are fighting for in Uganda now is not just a human rights struggle, but an all out war- Today i feel weak, unequipped and powerless. Today i weep for the wave of homophobia that has spread throughout my beloved country, and i cant even pray- because the homophobes own the bible-: (“ 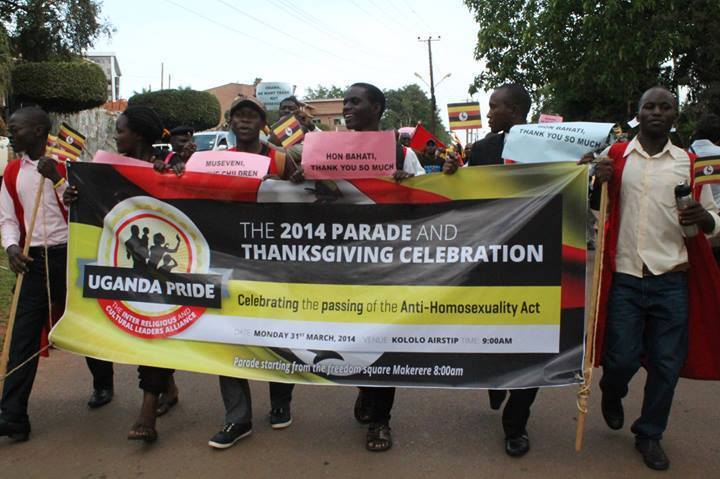 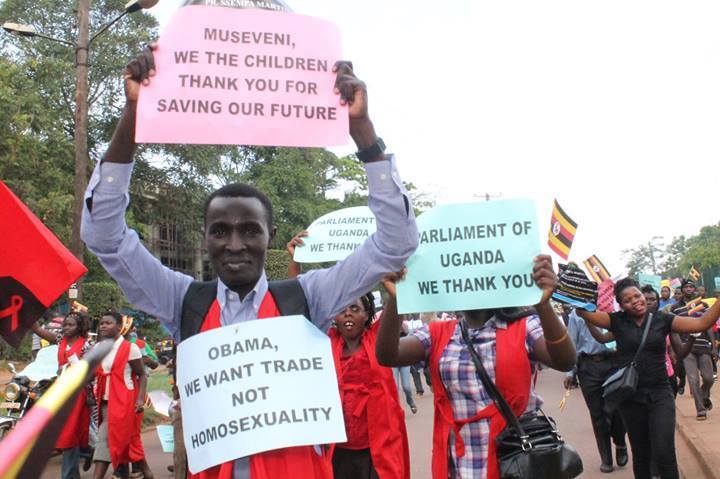 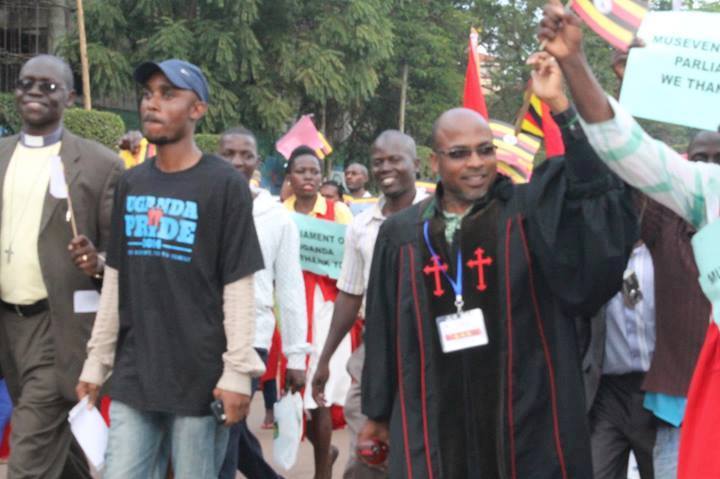 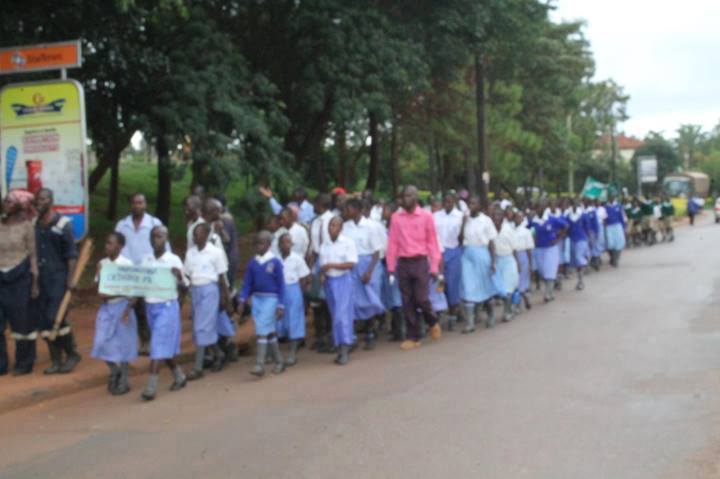 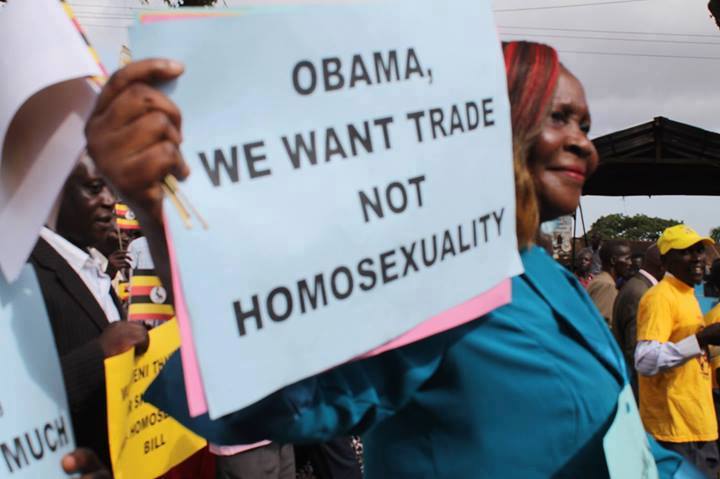 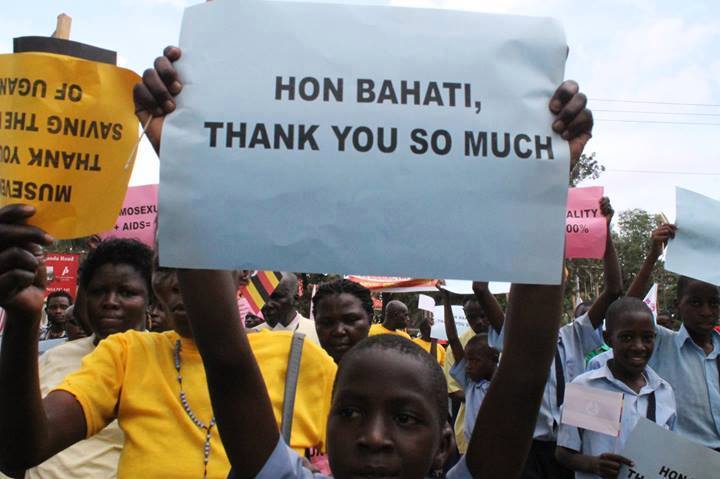 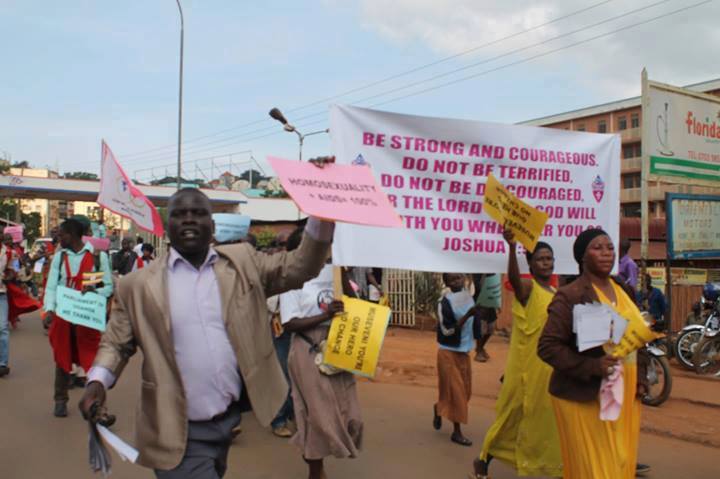 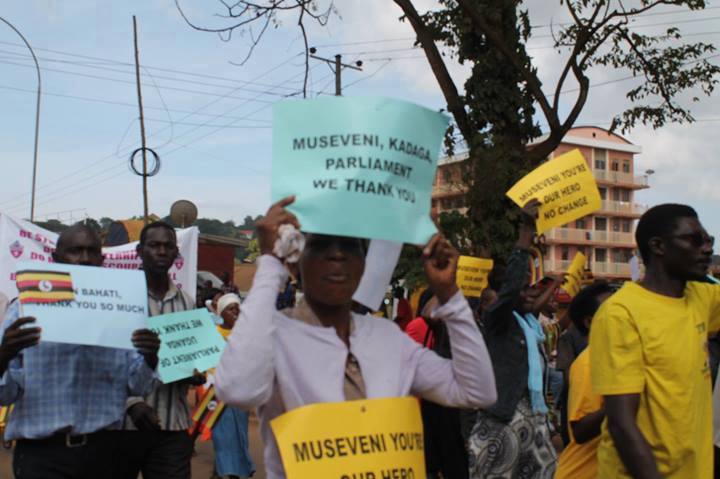 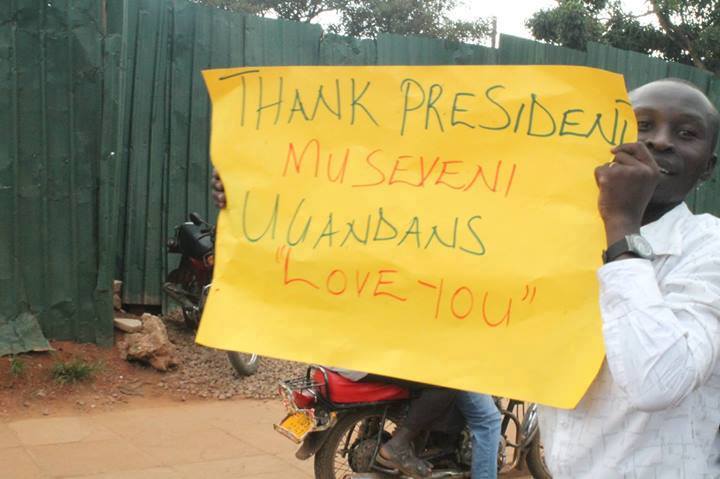 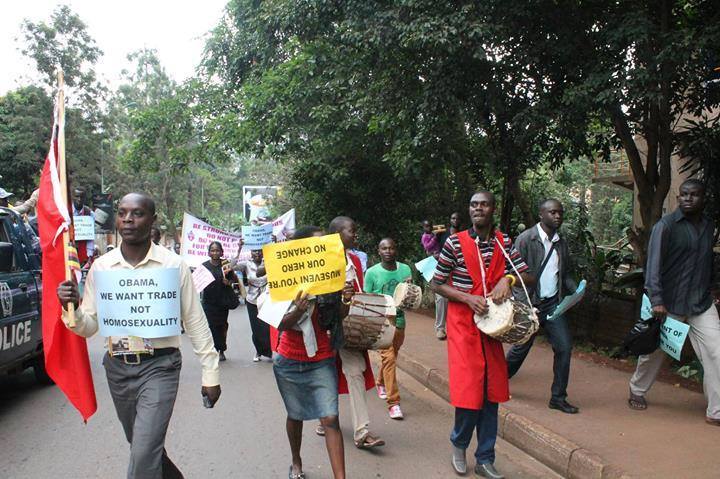 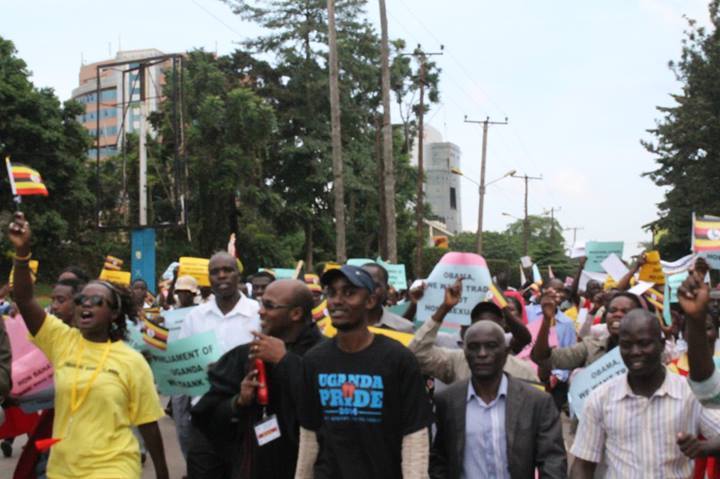 We are still waiting for the real Christians to come out forcefully against what is going on with harsh penalties and persecution for Gays in Africa. The exporters of this religion should be on the frontline in the battle against the harm caused bu the few extremists.  READ MORE 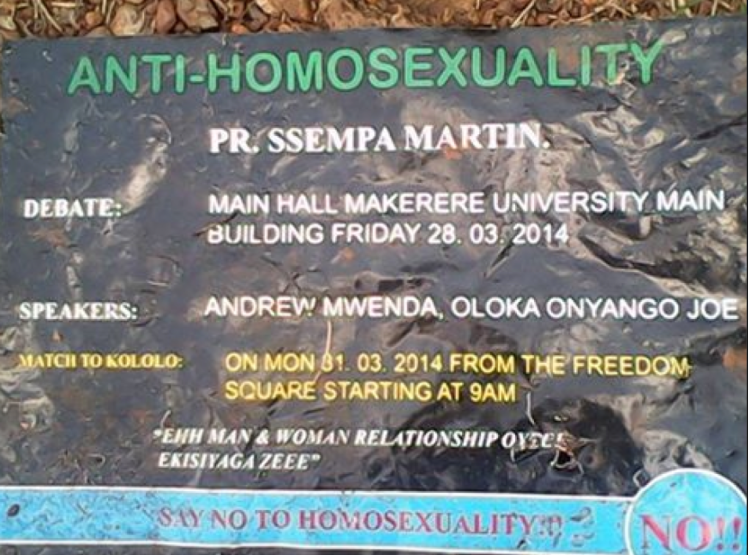