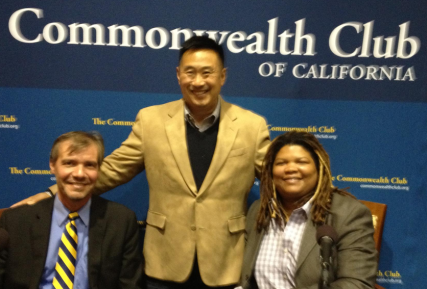 The 31st annual Martin Luther King Jr. Dinner Gala will be held by the Marin Human Rights Commission at The Four Points Sheraton on January 24, 2013, to honor Marin’s youth and adults for their remarkable humanitarian achievements. Representatives, leaders and youth from Marin County will be honored for their dedication and excellence to humanity and community.

This year the Commission has produced another program rich in information with awards to highlight the myriad of civil rights and social issues impacting the Marin community.

The evening, one of the most inspirational of all annual Marin events, will include a keynote address by renowned racial, gender, and LGBT equality advocate Andrea Shorter, who will be introduced by Commissioner Melanie Nathan, to  honor Bayard Rustin, described as the “lost prophet” of the civil rights movement. A master strategist and tireless activist, he is best remembered as the organizer of the 1963 March on Washington, one of the largest nonviolent protests ever held in the U.S. He brought Gandhi’s protest techniques to the American civil rights movement and played a deeply influential role in the life of Martin Luther King, Jr., helping to mold him into an international symbol of nonviolence.  Despite these achievements, Rustin often remained in the background. He was silenced, threatened, arrested, beaten, imprisoned and fired from important leadership positions, largely because he was an openly gay man in a fiercely homophobic era.

Photo: Andrea Shorter with Michael Long, author of “I Must Resist: Bayard Rustin’s Life in Letters” at the Commonwealth Club San Francisco on August 21, 2012.

The Marin Human Rights Commission, established 1966 by the Marin County Board of Supervisors, seeks to eliminate prejudice, intolerance, and discrimination based on race, religion, national origin, gender, age, cultural background, sexual orientation and /or disability. The Commission meets on the second Tuesday of each month at 6:30 PM at the Marin County Civic, Room 410 B. The public is invited to attend. Complaints for the Commission can be submitted to . 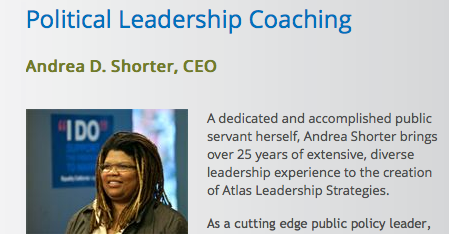 A dedicated advocate for racial, gender, and LGBT equality, Andrea Shorter has worked to advance social justice for the past 25 years.  She began to engage in several movements for social and economic justice, including the fight to end Apartheid in South Africa, for women’s reproductive rights, and the fight to stop HIV-AIDS. Coming out as a lesbian in the Silence=Death era of the fight against HIV-AIDS, she then co-founded her college’s first organization for LGBT students.

A former Trustee of the San Francisco Community College District, and past Chair of the San Francisco Chapter of the National Organization of Women, Andrea was first appointed by Mayor Willie Brown then Mayor Gavin Newsom to serve on Commission on the Status of Women for the City and County of San Francisco, to advance its gender equity and anti-domestic violence policies to national recognition. Now in her 12th year on the Commission, she chairs the Justice and Courage Oversight Committee that coordinates critical response measures to domestic violence between the city’s law enforcement agencies.

Ms. Shorter is the co-author of a groundbreaking report on the status of girls in San Francisco’s juvenile justice system that is still widely referenced as a catalyst for reform.

In her earlier career As an Aide to her Riverside County area district’s Assembly member, Ms. Shorter worked in the California Assembly Legislature where she was able to explore the socioeconomic challenges of our state’s underrepresented populations.

In San Francisco she became involved with the Income Rights Project, advocating for the rights of mothers and children receiving AFDC, and other public benefits.  She also worked successfully to organize against then Governor Pete Wilson’s ballot initiative to cut AFDC by nearly 20% in his ongoing war on the poor.

Ms. Shorter also organized the historic campaign that forced the Secretary of State to revise the voter registration card language about the rights of formerly incarcerated persons to vote, and by organizing mass voter registration campaigns in the County Jails, and at public housing sites.

When Gov. Pete Wilson refused to implement the Voter Registration Act of 1992 she served as a representative plaintiff of the Coalition for An African American Community Agenda to sue the Governor. The case went on to U.S. Supreme Court — which upheld all lower courts rulings AGAINST Governor Wilson, forcing the Governor to implement the Act opening up voter registration opportunities to more Californians.

Through a nearly 12 year tenure at the Center on Juvenile and Criminal Justice Andrea worked on the forefront to advance progressive, smart on crime juvenile and criminal justice policies and programs, including co-developing and directing a Harvard-Kennedy School of Government’s Excellence in Government award winning program to provide alternatives to detention of non-violent youth — a program that went on to become a Department of Justice national model replicated in Washington, DC, Philadelphia, Massachusetts, and Oakland, California.

She served as Deputy Executive Director of the NAMES Project/AIDS Memorial Quilt.

She has forwarded and promoted the legacy Bayard Rustin LGBT Coalition to engage African American communities in the dialogue about same sex marriage equality.