As if it is not bad enough that the anti-gay forces in Russia subject the world to lies and myth, now we hear it from our own – and is it in the name of money – in the name of commercialism- this is nothing more than a disgusting reprehensible sell-out by Johnny Weir and Thomas Roberts, two Western Gay men. These gay men are self serving money makers and glory seekers and are doing nothing more than exacerbating the lies of Putin and the Russian anti-gay parliamentarians. Two men and the networks behind them are doing more harm than good.  Quite frankly when I saw Thomas Roberts on MSNBC pandering to the Russians and giving them a voice on our networks, without any counter argument, I wanted to throw up.

Read on Via Queer Nation:

Queer Nation will protest an appearance by gay figure skater and NBC Olympic commentator Johnny Weir at Barnard College to demand that NBC tell the truth about the dire circumstances of LGBT Russians.

“In advance of its broadcast of the 2014 Winter Olympic Games in Russia, NBC has embarked on a disinformation campaign to minimize the plight of LGBT Russians in order to justify its involvement in the Games,” said Duncan Osborne, a member of Queer Nation.

“NBC has had the openly gay Johnny Weir, a former figure skater, and Thomas Roberts, the openly gay MSNBC anchor, make public comments that suggest that Russia’s anti-gay laws are not harming LGBT Russians,” Osborne continued. “But those laws have led to the arrest and imprisonment of LGBT Russians, and have resulted in de facto state-sanctioned beatings, torture, rape, and murder of Russian lesbians and gay men. NBC should stop deceiving the public and tell the truth.”

In June, Russia enacted a law that effectively bans any pro-LGBT statement in public or private and on the Internet. Russia also barred adoptions of Russian children by anyone living in a jurisdiction that allows same sex marriage.

The Russian parliament recently proposed legislation that would allow the government to remove children from a household headed by a gay or lesbian parent. While that legislation has been withdrawn ahead of the Olympics, activists believe the parliament will reintroduce it after the Games are over. And to make matters worse, their homophobic laws are spreading in the region.

Weir, a self-described Russophile, has continued to praise Russia since these laws were enacted and said he would not comment on the laws while he is a figure skating commentator for NBC during the Olympics. His biography at the Premiere Speakers Bureau at http://www.premierespeakers.com says Weir “works with the Russian Children’s Welfare Society and Russian Consulate in New York City.” Weir is, in effect, a spokesman for the Russian government.

Statement by:
NBC’s Johnny Weir: “The Olympics are not the place to make a political statement. I’m not a politician and I don’t really talk about politics. You don’t have to agree with the politics, but you have to respect the culture of the country you are visiting.” READ HERE

Statement by MSNBC’s Thomas Roberts: “I certainly don’t want to be a commercial for Russia… [but] I haven’t run into any discrimination so far since I’ve been here.” READ HEAR

Picture: Russian Activists who recently attended a meeting in the Castro and toured the USA expressing how hard it was to be LGBT in Russian and speaking of the persecution. READ HERE 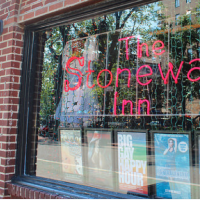 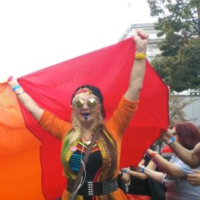 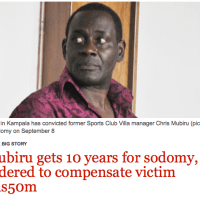