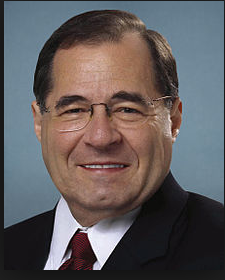 WASHINGTON, D.C. – Today, Congressman Jerrold Nadler (NY-10), Ranking Member of the House Judiciary Subcommittee on the Constitution and Civil Justice, lead a bipartisan letter to Secretary of State John Kerry regarding the protection of LGBT athletes, staff, and spectators during the 2014 Winter Olympic and Paralympic Games in Sochi, Russia.

“The United States must do everything we can to protect those Americans who are traveling to Russia for the Olympic and Paralympic Games this winter. Russia’s anti-LGBT laws defy basic human rights that should be guaranteed to everyone at all times and in all places,” said Congressman Nadler. “These laws are completely contrary to the uniting spirit of the Olympics, which brings diverse nations together in a spirit of peaceful and friendly competition.”

As the 2014 Winter Olympic Games approach, intolerance and persecution of LGBT individuals in Russia is growing. The Russian government has recently enacted a law that criminalizes publicly supporting LGBT equality. Punishable offenses include public acknowledgment of one’s orientation and displays of affection between same-sex partners. Foreign nationals found to be in violation of the law could be arrested and detained for up to 15 days.

83 members of Congress have signed the letter. They are listed after the text of the letter.

“In light of the importance of U.S. leadership on LGBT issues, and the quickly-approaching Sochi Games, we urge the State Department to determine the appropriate course of action to assure the safety and well being of LGBT and LGBT— supporting individuals involved in or attending the 2014 Sochi Olympics and Paralympics. We look forward to hearing from you regarding what efforts have been undertaken, especially efforts undertaken in coordination with other foreign governments, and are committed to working together with you on this issue.

Thank you to all these members of Congress who are shedding light on what is happening in Russia on this issue. However if I were a member of the U.S. Congress, I would be asking for the full boycott of the games. I would insist that it is unsafe for American LGBT to enter Russia at all. The only way to be safe at the Games if American athletes, coaches, reporters and spectators are gay is to ask them to creep into the closet for the purposes of the Game.  That is against our principles and unacceptable. It is just too dangerous and we should refuse to go. We should refuse to compete in Russia for all purposes until the odious law is repealed.  (Melanie Nathan)

Here is the full text of the letter:

We are writing to you regarding the troubling implications of a recently-enacted Russian law criminalizing actions or statements deemed to be in support of the lesbian, gay, bisexual, and transgender (LGBT) community.  In light of the fact that the 2014 Winter Olympic and Paralympic Games are scheduled to be held in Sochi, Russia, we would like to know what diplomatic measures the State Department is planning to take to ensure that American LGBT athletes, staff and spectators, and their supporters, are not arrested, detained or otherwise penalized during the Sochi Games.

The law, signed by President Vladimir Putin on June 30th, will penalize any individuals or groups found to be publicly supportive of LGBT equality. Press reports have indicated that punishable offenses would include public acknowledgment of one’s orientation, displays of affection between same-sex partners, statements in support of LGBT rights, and the use of symbols such as rainbows that are attributed to the LGBT community. Foreign nationals found to be in violation of the law could be arrested and detained for up to 15 days.

According to the Organizing Committee of XXII Olympic Games and Paralympic Games in Sochi, Sochi will be host to over 40,000 athletes, volunteers, and members of the press for the duration of the Games. An additional 75,000 spectators are expected to visit Sochi daily during that time. With the Olympics only seven months away, we are deeply concerned about the impact of the new anti-LGBT law on LGBT Russians, the Olympic community and supporters of LGBT equality.

We are particularly troubled because while the newly signed law is the most recent and most extreme codification of Russia’s maltreatment of its LGBT citizens, it is also part of larger trend of anti-LGBT actions in Russia. In the last month, the Russian government also enacted a law banning foreign same-sex couples and single people from nations that have marriage equality from adopting Russian children. Hate crimes and violent attacks against the LGBT community have been reported, including the murders of two gay men earlier this year. In 2012, Moscow instituted a hundred-year ban on LGBT pride parades, a ban that was deemed illegal by the European Court of Human Rights, but which nevertheless resulted in the arrest and detention of seventeen LGBT activists for displaying rainbow flags. Russia’s record of anti-LGBT legislation and persecution pose serious concerns for the safety of LGBT Sochi Olympic participants and spectators.

On July 17th, the International Olympic Committee issued a statement, obtained by the Windy City Times, acknowledging that the newly-enacted law is contradictory to its policy of non-discrimination and pledging to “work to ensure that the Games can take place without discrimination against athletes, officials, spectators and the media.” However, the IOC recognized that it is not equipped to address the issue fully, stating “[w]ider political issues in the country are best dealt with by other international organizations more suited to this endeavor.”

We applaud the State Department’s commitment to ensuring that U.S. diplomacy and foreign assistance promote and protect the human rights of LGBT persons abroad, and the actions your agency has already taken to communicate concerns about the overall direction on LGBT rights in Russia directly to the Russian government.   In light of the importance of U.S. leadership on LGBT issues, and the quickly-approaching Sochi Games, we urge the State Department to determine the appropriate course of action to assure the safety and well being of LGBT and LGBT— supporting individuals involved in or attending the 2014 Sochi Olympics and Paralympics. We look forward to hearing from you regarding what efforts have been undertaken, especially efforts undertaken in coordination with other foreign governments, and are committed to working together with you on this issue.

10 ways to STOP the Russian terror of Gays

Anti-gay sentiment and violence against LGBTI people has been a Russian habit for some time. However in recent months it has escalated with lack of basic law and order, exacerbated by Vladamir Putin’s legislative onslaught through various laws that criminalize and ostracize.  We have covered that extensively here on Oblogdee. http://oblogdeeoblogda.me/2013/07/26/10-actions-you-can-take-against-russia-shocking-video-of-russian-gay-teen-torture/