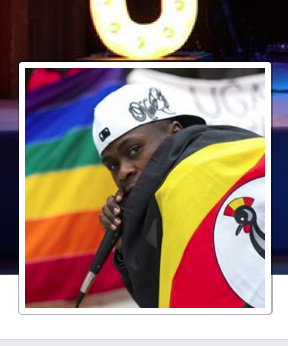 Today about 50 people, from various African countries, together with allies, gathered in Sergel’s Square in Stockholm, Sweden, to protest the LGBT situation in Africa.  In true African style, a protest, though sad and serious, brought people out in dance and song. This information was shared with Oblogdee by a refugee who escaped Uganda and as in currently in Sweden.

Stockholm Sweden, is now home to an increasing number of Kuchu Ugandans, seeking refuge and gaining asylum, after being exiled for being gay, lesbian, bisexual or transgender.

One of the protestors who has chosen to remain anonymous, 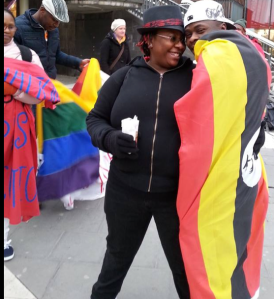 Currently the Uganda LGBT community has hunkered down in anticipation of President Yoweri Museveni assenting to the onerous Anti-Homosexuality Bill, which could provide up to life in prison for Ugandan gays. 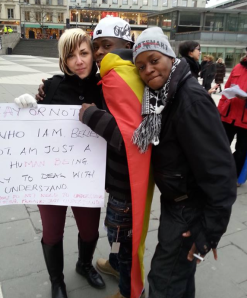 Please note that if you would like to help Ugandan and other African LGBT escape persecution, we are looking for help –
please see this site: