You are here: Home » Academic
Archive | Academic RSS feed for this archive

By Melanie Nathan, February 12, 2015. Two men involved in the murder of Professor Carl Mischke  turned on each other in court, with each blaming the other for the beating that claimed the University of Johannesburg academic’s life, during an apparent robbery.  At the time of the murder it was speculated that the Professor was […]

Posted by Melanie Nathan, May 26, 2014. On Saturday a group of 25 LGBTQ activists protested controversial Jamaican Prime Minister Portia Simpson-Miller as she received an honorary degree from Lafayette College in Easton, Pennsylvania. The activists, who chanted “Gay rights Portia!” for two hours, were at one point called “trash” by some Lafayette graduates and […]

Center for American Progress  | RELEASE: New Analysis and Infographics Show the Dangerous and Costly Effects of Detainee Bed Quotas Washington, D.C. — New CAP analysis and infographics detail the dangerous and costly toll of the congressionally mandated bed quota on our immigration system. Beginning in 2009, Congress directed the U.S. Department of Homeland Security, or […]

Federal Court Rejects Discrimination Claim Against Catholic Hospital’s Refusal to Cover Same-Sex Spouse Under Employee Benefit Plan and ENDA is in danger Why I am calling on Freedom to Marry, NCLR, Lambda Legal, GLAAD, ACLU, Transgender Law Center,  GetEQUAL to thwart the HRC push for Senate’s ENDA By Melanie Nathan, May 07, 2014. Although both […]

AND because of this President Yoweri Museveni says he will assent to the Anti-Homosexuality Bill By Melanie Nathan, February 15, 2014. Findings by a group of Ugandan scientists from Makerere University and government have turned the anti-homosexuality bill debate around, according to the Ugandan Press. The report by Ugandan Scientist’s turned out as expected, ‘from […]

Queer and Trans Art-iculations: Collaborative Art for Social Change | Zanele Muholi and Gabrielle Le Roux Posted by Melanie Nathan, January, 23, 2014. The Wits Art Museum, ( The University of the Witwatersrand, Johannesburg, South Africa) in partnership with Wits Centre for Diversity Studies and Inkanyiso, is proud to announce the exhibition Queer and Trans Art-iculations: Collaborative […]

“We are not doing this to get on TV or be famous.  It is time for the Church to change its attitude.  We are going to stick around, no matter what.” By Cathy Kristofferson, January 4, 2014 At the second consecutive Saturday protest outside the Archdiocese of Seattle this afternoon, the students of Eastside Catholic announced […]

The University of the Witwatersrand, will host a memorial service in honor of former president Nelson Rolihlahla Mandela, unequivocally one of the greatest leaders of all time. Wits Chancellor, Deputy Chief Justice Dikgang Moseneke will open the ceremony. Speakers include: Advocate George Bizos Dr Ahmed Kathrada Parks Tau, Mayor of the City of Johannesburg Dr Randall […]

Noting the important historical content and lest we forget the roots of South Africa’s New Democracy – heads up Holomisa Posted by Melanie Nathan, October 18, 2013. When reading this critical speech, please keep in mind that some of the members of the traditional leadership, to whom this was addressed, have attempted in recent years,  […]

South African former President Nelson Mandela. This illustration depicts the life of Nelson Mandela and is a good reference for students who want to encapsulate his life in an easy reference time line. However it should not derogate from the extensive information available online to study Mandela in depth. There is so much more…. Source: […]

“How would you feel if your own college graduation ceremony was being used as a same-sex marriage publicity stunt?” NOM By Melanie Nathan, April 26, 2013. Guess who I got this news from – I mean the news that David Boies is giving the Commencement speech at NYU?  I got the news on my feed […]

U.S. Fordham and University of Pretoria formalize exchange of students

Editor’s Post, April 21, 2013. Fordham and the University of Pretoria formalized their relationship with a memorandum of understanding that allows for the exchange of students and faculty, joint research, and the exchange of scientific and educational literature, the universities have announced. Stephen Freedman, Ph.D., provost and professor of ecology and evolutionary biology at Fordham, […]

By Melanie Nathan, April 15, 2013. As Lesbian, gay, bisexual and transgendered patient, especially those who have yet to come out,  and others who are less pronounced in their declaration of being gay, those who live in less accepting  communities, can pose different challenges for doctors and professional medical staff, starting with language and trust.  […]

The issue comes down to this: there’s a big difference between uncomfortable and unsafe By Cathy Kristofferson, March 13, 2013. Last night at the Medford City Council meeting we witnessed round three of the organized attempt to derail the MA Dept. of Ed’s Gender Identity Policy guidelines at the hands of one city councilor and […]

Transgender students bullied by legislators and hate groups line up to oppose implementation and launch attack on Commissioner By Cathy Kristofferson, March 07, 2013. A couple of weeks ago I saw a post “Massachusetts Takes The Lead On Rights For Transgender Students“.  Being a MA native I smiled and perused probably while mumbling “of course […]

The Scott Lively Connive | A Lecture at Oxford Union, UK  in an attempt to win sympathy in SMUG vs. Lively Well this may or may not be the speech Scott Lively has planned for his address of the students at Oxford Union in the United Kingdom, but he did re-publish it on his “Defend […]

Protection for Sexual Orientation and Gender Identity – A Paper POSTED on Dec 01, 2012.   If Uganda legislates its new proposed Anti-Homosexuality Bill it may find itself in international hot water; and those in high authority who support and  enforce it may find themselves accused of crimes against humanity, unable to travel internationally, with […]

By Professor S.A. Strauss (1990) Carmen Nathan, executive editor of Medicine and Law Since 1989, suddenly died  in Mmbatho, Bophuthstwana on October 09, 1990. Her death was a severe loss to the editorial baord and left a great void in the lives of her family and her many friends and colleagues in Southern Africa, Europe, […]

Prof. Carmen Nathan  passed away at age 56, way too young and so accomplished: “A Mother and a friend to all, whose selfless commitment to justice has imparted a legacy abundant in love, compassion and wisdom.” by Melanie Nathan, November 20, 2012. My mother was born Carmen Miller, in 1934 to Rose and Lulu Miller. […]

UNAIDS at Opening of The International AIDS Conference 2012

By Melanie Nathan, July 14, 2012. The Executive Director of UNAIDS Michel Sidibé will be among the high-level speakers at the official opening of AIDS 2012 which is taking place from 19:00–21:00 on Sunday 22 July in Washington DC. The Conference will bring together the world’s top AIDS researchers, community leaders, and other stakeholders. An […]

Includes Other Men who have Sex with Men (MSM) | The report examines the progress and shortcomings of PEPFAR, the Global Fund, and the UNGASS reporting system, managed by UNAIDS, and draws on data collected from on-the-ground researchers in eight countries: China, Ethiopia, Guyana, India, Mozambique, Nigeria, Ukraine, and Viet Nam. NEW YORK, January 18, […]

New research finds no evidence of increased risk of all-cause and non-AIDS death with long-term ARV use.. Antiretroviral drugs are medications for the treatment of infection by retroviruses, primarily HIV. When several such drugs, typically three or four, are taken in combination, the approach is known as Highly Active Antiretroviral Therapy, or HAART. The American […]

by Charles Zambia, Guest Writer “Gays, lesbians, and bisexuals in Zambia live in constant fear of detention, discrimination in education, employment, housing, and access to services, and extortion – all buttressed by the existence of sections 155 – 157 of the Penal Code and the lack of specific legal protections for LGBT people under Zambian […] 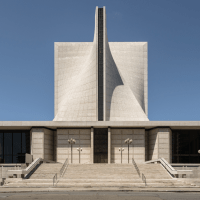 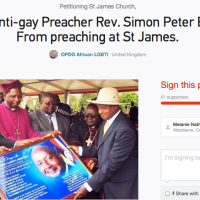 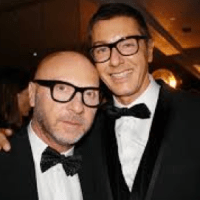 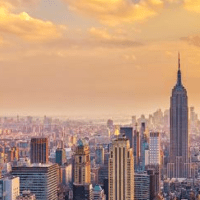