You are here: Home » WANTED | Names and Faces of Russian Criminals who Tortured South African Student

#WANTED Let us #OUT these criminals so the world knows who they are. By Spreading this Article around we are showing the faces of the cowardly Russian criminals who lure and kidnap young people, #gay or perceived as gay, for the purposes of public torture and humiliation; and all the while Vladimir #Putin watches on… his tacit endorsement, with license provided by his homophobic anti-gay legislation.

On Monday morning a coalition of LGBTI organizations and activists from South Africa, as well as international groups expressing solidarity, will be sending a letter to the South African Government. The letter which can be read below, asks the South African Government to take action after a young South African student was lured, kidnapped and tortured by a Neo-Nazi/ Ultra Nationalist group in Russia. Amongst the requests is that South African demand the arrest of the men who committed the heinous crimes against its young citizen. There was also a blonde woman involved and her photo and name will be added to the list. The Coalition is requesting that the  Vladimir Putin and  the Russian Government investigate the men below and the one woman in the video. The video is readily available ion Russian social media and we also have a download which will be sent.  If anyone has further information or if you would like to be added to the letter, please feel to make contact at [email protected]

LEADER OF THE GROUP 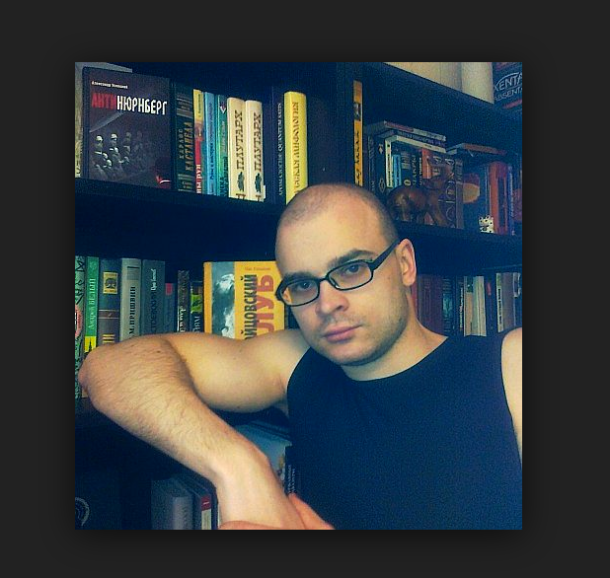 Maxim Sergeyevich Martsinkevich is a former leader of the far-right extremist group Format18, which was the ‘armed wing’ of the Russian neo-Nazi organization NSO. Wikipedia
Born: July 8, 1984 (age 29) – in the Video the SA student is forced to send greeting to Tesak as well as to do the group’s bent thumb sign. 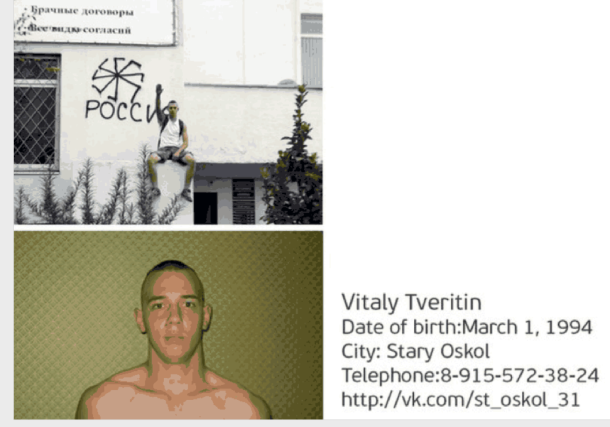 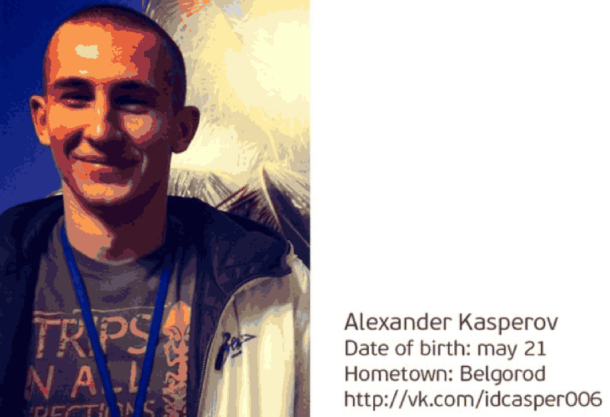 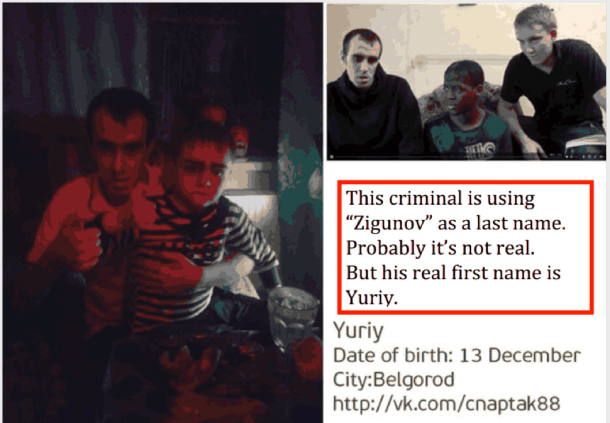 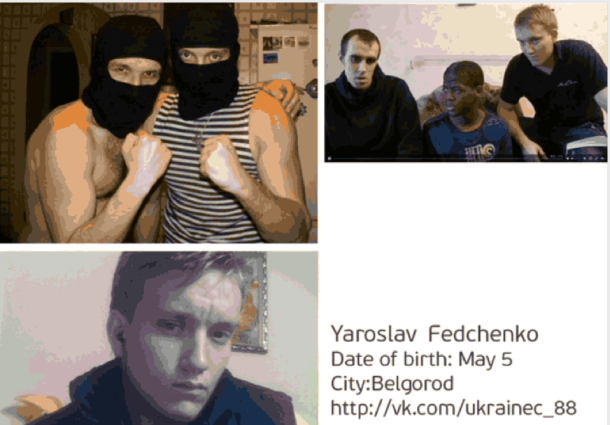 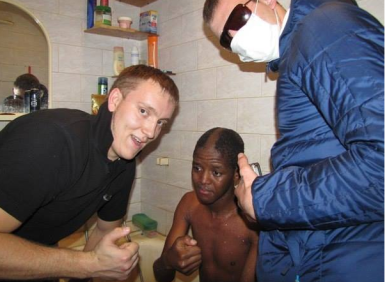 We have been reporting for some time the attacks of young people, including students, who are lured through the internet, by anti-LGBT, neo-Nazi and ultra-nationalists groups in Russia. We have also been reporting that these groups have gained strength and increased their attacks on young gay (LGBT) people or those perceived as gay, especially since passage of the new anti-gay law, known as the anti-propaganda law.

n Belgorod, Russia the infamous Neo Nazi group “Okkupaj Pedofilyaj”  (Occupy Pedophilia  ) lured into the trap and tortured a South African national who came to Russia to study at the local University. The victim identified himself as David Smith, 20 years old. On the video his captors detained David in the bathtub, shaved his head in a reverse mohawk, painted the shaved part in green, assaulted with watermelon and later made him imitate an oral sex with a beer bottle.

Throughout the whole video gang members made numerous racial slurs and even made his victim say “White Power” in English (see the video below at 24:37).

Recently the same Neo Nazi groups conducted so-called “White Train Car” action where they attacked and severely assaulted non-ethnic Russians passengers in Moscow subway. The attack was carried out in the broad day light while chanting “Kill! Kill! Kill!”, Russian police did nothing to stop it.  READ MORE

THE LETTER TO S.A. GOVERNMENT

Private Courts International has teamed up with a coalition of South African organizations, to request that the South African Government take immediate steps to pursue this matter with the Russian Government. We have received a disturbing report that a South African citizen was lured, kidnapped, assaulted and tortured by an infamously known Neo Nazi group “Okkupaj Pedofilyaj” led by Mr. Maxim Martsinkevich (aka “Tesak” which means “Cleaver” in Russian).

The uprising of these groups has been the result campaign of state sponsored homophobia and xenophobia started by Vladimir Putin’s administration and supported by his Parliament.  It is apparent that these criminals, motivated by homophobia and racism, enjoy full impunity and even support from the Russian law enforcement agencies and police.

Now a young South African student has been seriously harmed. It is as if our entire community has been assaulted and insulted.  This coalition of LGBT organizations and activists, have come together to make this request, as we are taking this matter very seriously.  There is an explicit video evidencing the kidnapping and the attack, which clearly shows the faces and actions of the perpetrators.  We are currently working with an international Russian LGBT group to identify the perpetrators, with screen shots and names attached to each one.

This self-proclaimed militia purports to fight pedophiles, however, in reality they lure unsuspected gay victims into a trap through the internet, where they humiliate and torture them on video.  Their activities are fully supported by the infamous Russian social network VK.com where they post fake personal ads to attract unsuspected victims, coordinate man hunting campaigns (“safari”), raise money and even sell tickets for the right to participate in the hunting for people.  Later they freely post numerous videos featuring the process of torture and violence.

It has come to our attention that our citizen, David Smith, 20, was captured in Belgorod, Russia where he attends a local university, which he may now have been

expelled from for being perceived as gay.  He has been further victimized by this awful event.  We are not convinced that this is his real name. However his identity is easily determined from the video, which we have linked. http://oblogdeeoblogda.me/2013/11/05/south-african-student-tortured-by-putins-anti-gay-thugs/

Please note that we have the original video clip and can upload directly to the SA Government authorities upon request.

This young man was detained against his will, humiliated and tortured. He became a target of the racial and homophobic slurs. Mr. Smith’s head was partially shaved; he was assaulted with a beer bottle and slapped on the face repeatedly. Finally, his captors made him declare the phrase “White Power” on video.

Clearly, Mr. Smith remains in the immediate danger in Belgorod, Russia. Previous experience with similar crimes indicated that Russian police failed to protect or even tried to protect their citizens.

South African people must be warned and the young student must receive help.

Hate crime statistics and human rights violations gathered by such organizations as Amnesty International and Human Rights Watch indicate that Russia fails to follow the rule of law and encourage racism, xenophobia, homophobia and fascism to rein freely on its territory. Now we have one of our own who has been horribly impacted by the rampant homophobia and racism.

Accordingly, we are calling for the South African Government to act immediately as follows:

Thank you for your urgent attention to this matter.

While the following groups are not involved in making requests of the South African Government, they endorse this request as an expression of international solidarity with the LGBT community and people of South Africa: 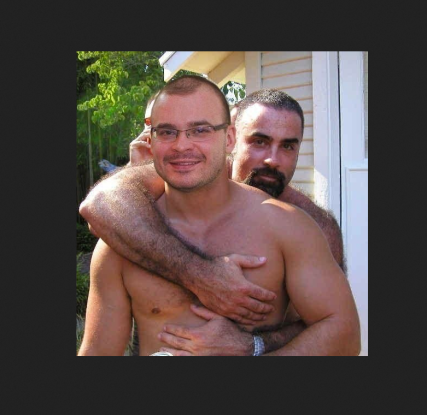