Obama tells African Union Nobody should be president for life

By Melanie Nathan, July 28, 2015. United States President Barack Obama concluded his visit to Africa today after speaking at the African Union’s headquarters in the Ethiopian capital, Addis Ababa. This was the first time a sitting US president addressed the AU. President Obama asserted that Africa would not advance if its leaders refuse to […]

And warns that treating people unequally leads to bad things By Melanie Nathan, July 25, 2015. At a news conference held in in Nairobi with U.S. President Barack Obama and Kenyan President Uhuru Kenyatta, both spoke in agreement on all issues, except that of gay human rights.  President Obama responded to the question with brazen […]

President Obama Arrives in Kenya in Climate of Anti-Gay Sentiment

By Melanie Nathan, July 24, 2015. United States President Barack Obama has arrived in Kenya on the first visit to that country, since serving as US president. During his two-day visit the President will hold talks with Kenyan President Uhuru Kenyatta and other top officials.  Arriving in  Kenya, where his father was born, he was […]

Calls into Question Whether UNHCR is able to adequately protect LGBT Refugees By Melanie Nathan, July 9, 2015 This morning, four young Ugandan urban refugees were eating breakfast in the privacy of their rental premises in Kenya, when a mob entered the gate and started banging on their door and window screaming anti-gay slurs. After […]

By Melanie Nathan, July 7, 2015. Kenyan anti-gay protesters took to the streets in Nairobi Monday, warning US President Barack Obama not to speak about gay rights when he visits Kenya, “the country of his ancestors,” later this month. (As the Ugandan Monitor put it!) The march today, was organized by the Evangelical Alliance of […]

By Melanie Nathan, May 19, 2015. The Kenyan Court’s groundbreaking decision which ruled in favor of the regstering the National Gay and Lesbian Human Rights Commission (NGLHRC) as an NGO under the Non-Governmental Organizations Coordination Board Act,  is now being appealed by the Kenyan Government. The Attorney General for Kenya and interested parties filed a […]

While pleading with International LGBT Community for Help By Melanie Nathan, March 09, 2015. There are many problems currently brewing in Kenya for Ugandan refugees who, after fleeing homophobia and persecution in Uganda, have been caught in a quagmire of funding and fraud issues. What follows is a desperate plea written by Ugandan refugees in […]

UNHCR Puts Hold on Registrations of Large Groups of Ugandans

Of Large Groups of Ugandans who claim to have an LGBT Profile By Melanie Nathan, February 20, 2015. I reported at African HRC that unscrupulous people may be conducting scams and taking advantage of LGBTI people who seek to escape their countries of origin. Of the several problems that seem to be happening at this […]

In the face of much evidence this United Nations delay is dangerous and inexplicable. Ugandan gays and those perceived as gay, are targets while refugees in Kenya and their cases must be expedited. By Melanie Nathan, December 05, 2014. After you have finished reading this story, I ask if you think that Andrew SSebulime should […]

A Thanksgiving story – with a special thanks to those who contributed to the Relief Fund that has helped many survive unspeakable hardship By Melanie Nathan, November 26, 2014. Its been a long hard road for Kayizzi Joseph Kizito and his partner of one and half years, Rashid, a young gay couple from Uganda, who […]

Kenya Proposes Life for Local Gays and Stoning for Foreigners

By Melanie Nathan, August 11, 2014. The Kenyan Republican Liberty Party has proposed Anti-Homosexuality legislation to stone gays to death in public or to punish with life in prison. A draft Bill has been sent to the National Assembly.  All a great irony since so many Ugandans fled to Kenya, seeking refuge with UNHCR after […]

By Melanie Nathan, July 23, 2014.The Kenya  Court  has ruled that a transgender advocacy group has the right to official registration The Daily Nation reports in Nairobi Kenya, that the high court in Kenya, in a landmark ruling , ordered the Non-Governmental Organizations (NGOs) coordination board in Kenya to register an advocacy group for transgender people […]

This post serves to correct one of the many untruths being spread on the internet about my work: Unlike some would have you believe, Melanie Nathan did not tell people from Uganda or anywhere else in Africa to seek refuge in Kenya: In fact the opposite is what occurred. I am in possession of many […]

By Melanie Nathan, June 08, 2014 Iceland is set to receive approximately 5 LGBT refugees, including one lesbian, from Uganda, Cameroon and Zimbabwe. The Committee on Refugees made the recommendation, accepted by the foreign minister and the minister of welfare. Each of the individuals made application to the UN Refugee Agency (UNHCR). The municipalities of […]

As Kenyan’s stand poised to be one of the few countries in the region to consider tolerating diversity with a wider acceptance of LGBT people, By Melanie Nathan, February 1o, 2014. While gays and lesbians around the world are protesting the passage of the Anti-Homosexuality Bill, Uganda’s Kuchus are seeing solidarity and support expressed by […]

By Melanie Nathan, February 27, 2013. A  Second British man has now been arrested and is being held in a prison in Uganda after appearing in the play The River and the Mountain, which used a gay character in a story that speaks of corruption and other issues in Uganda. Keith Prosser was arrested by […]

By Melanie Nathan, July 01, 2012. Several media outlets in Kenya are reporting that the US ambassador to Kenya, Scott Gration, was forced to resign his post because of the pro LGBTI equality stance of the U.S. Government. In a statement, Major Scott Gration, who has only held the position for a year, said he […]

Melanie Nathan, June 22, 2012. Kenyan activists are divided, some up in arms, over the recent announcement that the US Embassy in Nairobi will be holding a Gay Pride event, said to be the first of its kind, to bring together local LGBT activists and dignitaries to celebrate Gay Pride Month. While on the surface […]

What is Kofi Annan Doing About LGBTI Human Rights In Africa?

by Melanie Nathan, December 14, 2011 Back in August  2003, then United Nations Secretary General Kofi Annan came out in favour of  marriage equality.  LGBTI Africans knew they had a friend in Kofi Annan, who attended part of a LGBTI activist conference held at the United Nations which demanded that international treaties such as the […]

by Melanie Nathan on August 25, 2009 in Uncategorized

Circumcision will be discussed this week at the C.D.C.’s National H.I.V. Prevention Conference in Atlanta, which will be attended by thousands of health professionals and H.I.V. service providers. When I visited South Africa in 2000, I remember reading an article in the Johannesburg newspaper – the financial section- which predicted that HIV virus would infect […]

by Melanie Nathan on May 14, 2009 in Uncategorized

Who will Jacob Zuma make South Africa’s first lady? The ANC leader launched legal action last year after a Zapiro piece depicted him about to rape the female figure of Justice, while his political allies looked on. Burma’s Suu Kyi ‘to face trial’ Burmese pro-democracy leader Aung San Suu Kyi is to be charged […] 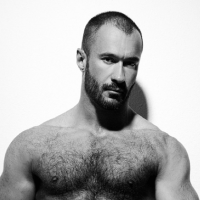